Both of these headlines can't be true.

Washington Post: Lobbyists are still involved in Trump team, despite the president-elect’s pledge to remove their influence 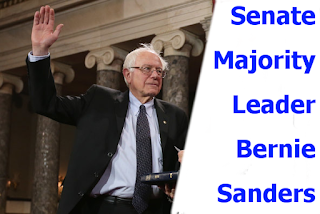 by Sean Finnerty @ 10:00 AM
Donald J. Trump, leading Republican presidential candidate, decided to meet some of his most ardent supporters and active grassroots leaders. "Yeah, this going to be the greatest thing that happened in their lives" said the real estate magnate come outsider politician. The decision to interact with the "amzing people, who are 'making America great again'" came about because Trump wanted a real demonstration of how much he is loved, after proposing he could shoot someone in the middle of 5th Avenue and not lose one vote, interacting with his fan base would demonstrate exactly that.

Upon meeting the first Trump super-fan, Mrs. Cathy Felcher of Beaverton, OR it was difficult for Mr. Trump to hide his discomfort in her modest 3 bedroom 1 bath home. Mrs. Felcher was over the moon about "our next president right here, in my living room", which she repeatedly so often and with such gusto it was as if she said it often enough and believed it enough it would deliver 270 electoral votes and the GOP nomination just from sheer will.

Mr. Trump, visibly regretted this campaign stunt almost immediately. When he walked into the house with a handful of press in tow, he involuntarily cocked his eyebrow at the furniture from Target and the kids school bags that cluttered the entryway. Mrs. Felcher led the Mr. Trump and his half dozen reporters into the living room pointing out the desk with the e-Machines desktop computer is "where the magic hapens". That all of her volunteer hours have started right there. Mr. Trump asked in response "You can work out here with the TV, that's great."

Mrs. Felcher offered Mr. Trump and the reporters iced tea or coal, which politely turned down. Trump, perceiving that he should make a statement for the press simply turned to them and stated "This what America is all about, despite struggling Ms. Felcher has taken it upon herself to do what's needed. I want to thank her for her tremendous efforts, I know that she is really going appreciate all the winning we are going to do, both here in Oregon and when we win in November."

Mrs. Felcher made a slight and meek attempt at correcting Mr. Trump regarding being called 'Ms.' instead of 'Mrs.' but Trump effortlessly plowed through and decided to go on to the next event and jumped back into his Suburban with the pair of trailing 15-person passenger vans.

Next week Trump plans on visiting a volunteer who serves as Connecticut state leader, Chuck Gossamer. Let's all hope that his station in life is more tolerable to Mr. Trump than Mrs. Felcher's.
No comments: