Subjunctive Intelligence Community: Just because one calls themselves an intelligence service, doesn't make them "intelligent" 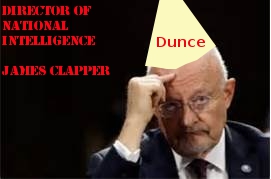 We are told that the actions that are being taken by the American intelligence community are both Constitutional and effective; to believe either would ignore recent American history and the public statements from the alphabet soup that makes up the American intelligence community. Faisal Shahzad and Najibullah Zazi, failed Times Square bomber and and NYC subway bomber respectively, both were legitimate terrorists that were unsuccessful but not due to American intelligence agencies instead due to vigilant street vendor (Shahzad) and interrogation of the Al-Qaeda recruiter Bryant Neal Vinas (Zazi). I make this distinction due to all the other instances that FBI, NSA, and CIA have had their fingers involved in very dicey cases; such instances were all claimed to be heroic uses of the intelligence community in protecting our security while plausibly trampling on our rights.

2006: Liberty City Seven, 7 Americans in Miami accused of planning to bomb Chicago's Sears Tower quite possibly taking down the tallest building (at the time) in America. Our intelligence community saved America from that horror.

2009: 'New York City Bomb Plot' where 4 Newburgh men who described themselves as Black-Muslims plotted to attack Bronx synagogues and shoot down military aircraft from a nearby air force base. Our intelligence community saved America from that horror.