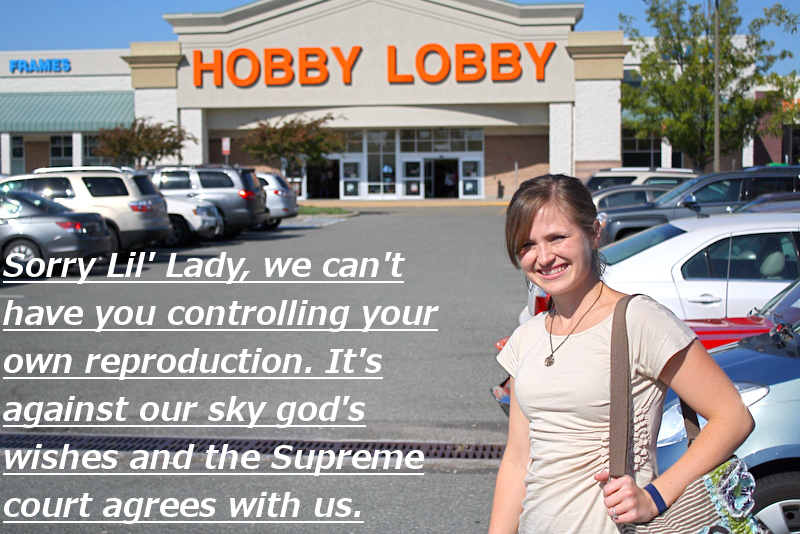 The argument that the employer should not be compensate employees with health care services they have an issue with could be easily resolved by the employer not supplying health insurance at all (while forgoing the tax benefits) and letting the employees enter the health care exchange markets for their insurance.But then Hobby Lobby owners won't be able to impose their decisions on their employees, and their religious convictions are opposed to letting individuals chose for themselves how to lead their lives outside of work?

To claim that Hobby Lobby has right to impose their beliefs on their employees is contrafactual just it is farcical to claim that the employees have a religious "freedom" to impose on the owners to use specific health care services with the profits obtained from the labor from the employees. The employer isn't harmed from the employee spending their earned compensation (either cash, healthcare, paid time off, etc) as they see fit, even if it is for contraception or paid-time off used to be drunk and hungover it has no effect on the payer of that compensation. SCOTUS in the 5-4 decision and siding with a business that was seeking premium subsidies but on their own terms were to be extended universally the employees of Hobby Lobby would be entitled to impose their religious beliefs that the owner would have to give away his possessions as Jesus Christ commanded, and just as Hobby Lobby continues to collect dividends contraception producing companies, the employees would be allowed to keep their own possessions.