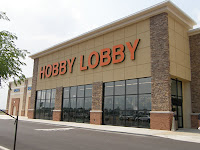 So everyone has a right to the market when they open a business, and a right to withhold services and resources based upon nothing more than spite? That is an opinion that could only be held by individuals who have the privilege of being a member of the dominant class. Acceptability of excluding all those that do not meet the majority's expectation is a sign of irrationality; and Jacob Sullum is free to proselytize the right to refuse your fellow Americans without a viable reason, but to appear on a venue such as Reason.com is abundant with irony.

The individual has a right not to offer consumer services to the general public, but once you take the endeavour to provide those consumer services the only way that it encroaches on the business owners right is when the owner choses to profess the withholding of services are based upon the demographic group that the consumer belongs to. The action, overt by the choice of the business owner, to choose to withhold while offending the perspective customer is impractical and unnecessary since the business owner could have simply stated “sorry, we aren't available that week, could I refer you to so-and-so they would be able to help you out.” Most of the readers of Reason.com will likely agree with the sentiment that Title II of the Civil Rights Act which bars discrimination within businesses that are available to the public is utterly irrational, but the social contract that provides government services to businesses implies that the businesses should be for the public that paid for the infrastructure the businesses utilize on a daily basis. Would it acceptable if businesses that did discriminate, that the local government would roll back the roads that lead to the business? To discriminate against counter parties that did business with the discriminating owner? If there is a right to discriminate then any business exercising that right would have a lot more to lose than just one gig for a betrothed couple that the business owner despised. You have a right not to participate in any market, but once you choose to enter said market it is no longer your right to discriminate; and once you do choose to infringe on the rights of individuals for simple practicality find any other excuse to withhold services or goods and return to under whatever bridge you come from. Every market relies upon public goods, and deny that fact is irrational and unreasonable.

In regards to Hobby Lobby, they are receiving tax credits (which they free are to reject) when they provide their employees with health-care insurance that happens to include birth control. If they were so adamant they would refuse the tax credits and pay for health insurance that did not include birth control (which would be difficult to find since birth control has such a great epidemiological benefit that any insurance company denying birth control would see their expenditures go up and so the market and reason has spoken and few health insurance policies are offered sans birth control at reasonable rates) as well as the difference in costs that are being set by the for-profit insurance companies. Hobby Lobby, while paying lip service to their right to principle, would rather bemoan their inability to access government services and benefits on their own terms. But when your cant stick to stated principles because inconvenience, and you would rather have them subsidized than pay the true costs of those principles they are no longer principles but just a hobby.